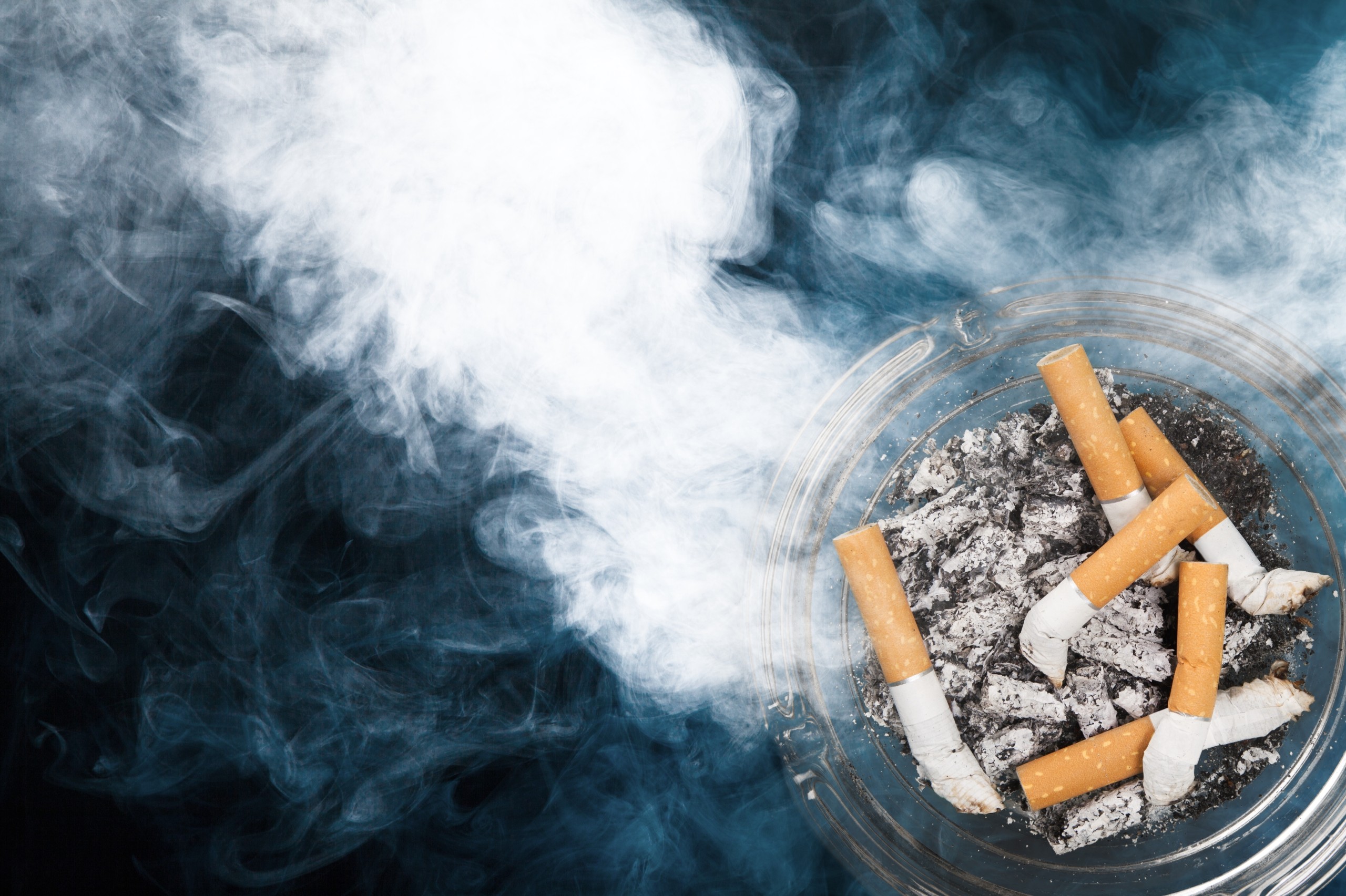 According to the Centers for Disease Control and Prevention (CDC), cigarettes contain over 7,000 chemicals — about 70 of those are believed to cause cancer. When you breathe in secondhand smoke, you inhale the same toxic chemicals a smoker does just in much smaller amounts. Whether you are frequently around someone who smokes or briefly cross paths with a smoker, secondhand smoke has the potential to be dangerous.

The CDC estimates secondhand smoke leads to 7,300 lung cancer deaths among nonsmoking U.S. adults each year. Even inhaling a minimal amount of smoke can damage your lungs and increase your risk of developing lung cancer.

Secondhand smoke is known to cause other types of cancers and health complications in adults and children, including leukemia, lymphoma, coronary heart disease, asthma attacks, stroke, low birth weight, ear infections and more.

What Is Secondhand Smoke?

Secondhand smoke is what you breathe in when you are around people who are smoking cigarettes, cigars, pipes or hookah. It is a combination of two different kinds of smoke: mainstream smoke and sidestream smoke. Mainstream smoke occurs when someone exhales after taking a puff. Sidestream smoke is the smoke that drifts from the burning cigar or cigarette.

How Can Secondhand Smoke Cause Cancer?

Breathing in secondhand smoke is what’s known as passive or involuntary smoking, which means you are exposed to the same dangers as the person who is smoking — but at a lower risk. The moment you inhale secondhand smoke, the chemicals and toxins within the smoke can travel into your lungs and damage their lining.

The roughly 70 cancer-causing toxins in a cigarette include poisons, metals and radioactive materials including (but not limited to):

What Are the Types of Lung Cancer?

What Are the Early Signs of Lung Cancer?

Early signs can be hard to detect because many people with lung cancer do not experience symptoms until the later stages of the disease.

Symptoms of lung cancer may include:

It is also possible that some symptoms may not even be connected to breathing or the lungs, so it can be difficult to determine the root cause. These indirect symptoms may begin to show once the cancer has spread to other parts of the body.

Indirect symptoms of lung cancer may include:

What Are the Types of Lung Cancer Treatment?

If you or someone you love has been recently diagnosed with lung cancer, you are not alone. Our compassionate physicians at the Community Cancer Center provide comprehensive treatment plans for all stages of lung cancer.

We offer treatment options for lung cancer patients living in the Roseburg area.