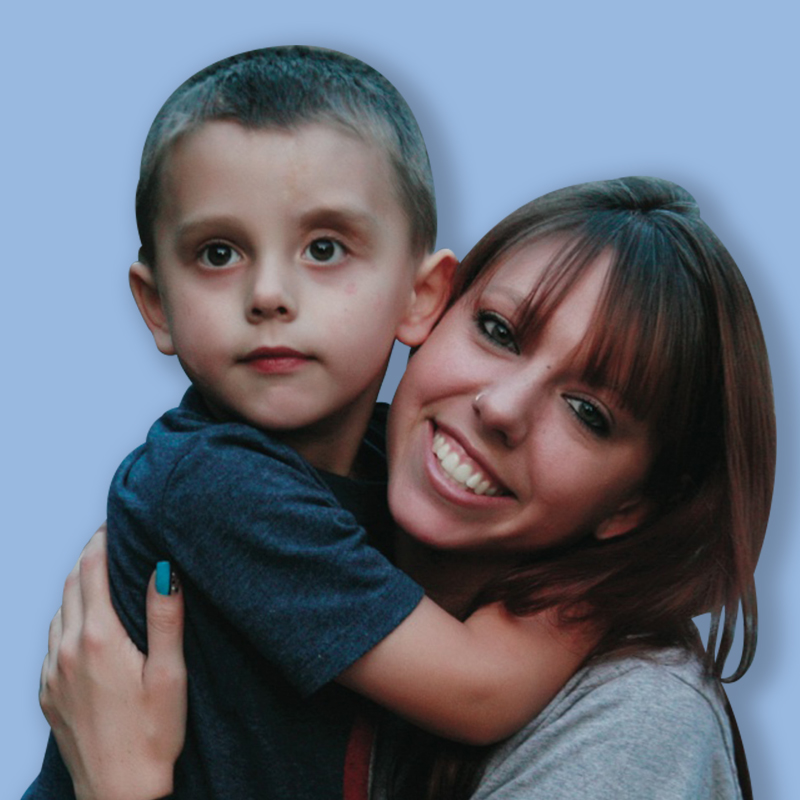 Brittany Harris graduated high school, landed a job and enrolled in college. But sometimes an unexpected illness can put an immediate halt on a bright start. That is certainly not the case with Brittany Harris.

At age 19, Brittany was diagnosed with Hodgkin’s Lymphoma. After finishing high school, Brittany enrolled in the nursing program at UCC while working full time. One day she began to experience itching in her ears which progressed during the year to chronic itching all over her body.

“My primary care physician began with allergy testing but my blood test indicated something else was going on. My white blood count was elevated and I had developed lumps from the base of my brain to the top of my diaphragm. I was quickly referred to Dr. Schreiner, who reviewed my CT scan and scheduled a biopsy the next day to remove a lymph node for testing. Within a week I was diagnosed with stage two Hodgkin’s Lymphoma. It all happened pretty quickly” Brittany explained.

Brittany said, “In my first appointment with Dr. Williams, he spent over three hours with me explaining what to expect and reviewing treatment options followed by a surprise bone marrow biopsy, which was scary, but not as bad as I feared.”

The following week was filled with six doctor appointments in five days. She began treatment the next week and was one of the first patients to be treated in the then-new Community Cancer Center facility. Brittany’s treatment plan included 8-16 weeks of chemo followed by 16 radiation treatments.

“After my first chemo treatment the itching became a thousand times worse, unbearable. My mom was by my side. She walked with me at 2 a.m. in the cool night air and then gently rubbed my legs all night long. From my discussions with Dr. Williams I was aware that the itching might get worse before it got better and that is exactly what happened” Brittany recalled.

The chemotherapy was beginning to take effect. After a few more treatments, Brittany’s itching began to heal.

After receiving a second round of chemo, Brittany had a PET scan to see how effective treatment had been. She was nervous entering her meeting with Dr. Williams to review the test results, but she was also prepared.

When Dr. Williams informed her “That’s it you’ done, you don’t have to do anymore treatments,” the elated former cancer patient flipped around a sandwich board she had made which read “Dr. Williams Is The Best.”

“I was so happy,” she recalled. “I walked every floor of the Cancer Center with my sandwich board telling everyone how great Dr. Williams is and then marched the sidewalk in front of the building. Pretty soon reporters from the paper and TV station showed up. We made it fun and worth celebrating.”

With chemo in the review mirror, Brittany was now faced with completing her treatment plan with radiation therapy. After weighing the risks and taking counsel from her cancer care team Brittany schedule her first radiation treatment.

Today, Brittany is fully recovered and a loving mother to her son Cameron.

When asked about the quality of care she received, Brittany remarked, “I’m glad I didn’t go out of town for treatment. It was much more convenient and I don’t believe I would have received any better care. The Community Cancer Center is phenomenal. It does not really feel like a doctor’s office, it feels more like a family.”