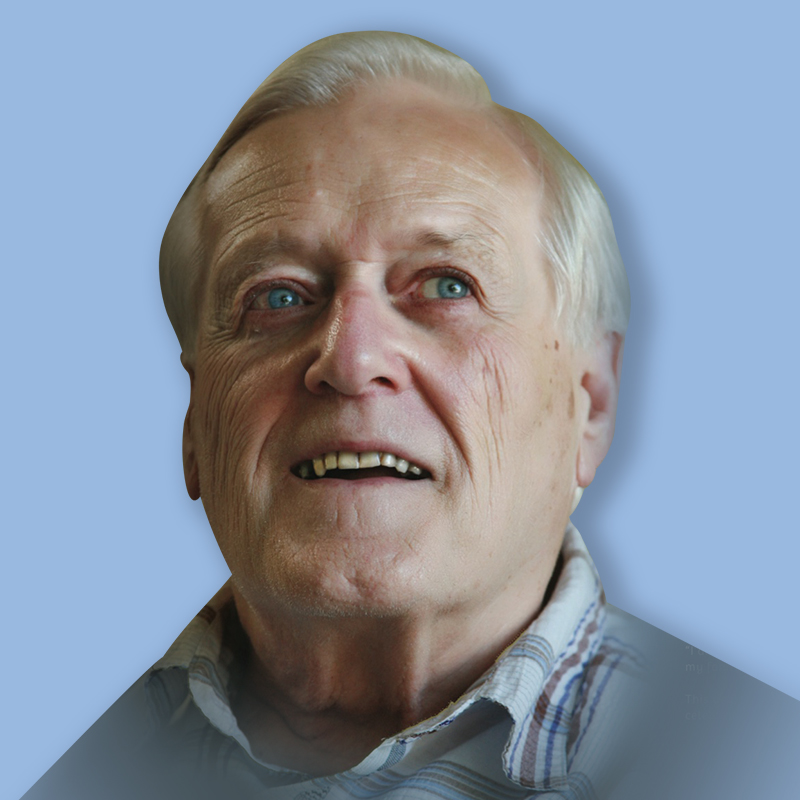 At the age of 59, Mel Nygaard retired from his CPA firm in Portland and moved to Roseburg. He wasn’t convinced he would be a long-term resident. There was a history of cancer in the Nygaard family, and no male had survived past the age of 65.

Yet Mel lived cancer-free for 20 years until 2015, when prostate issues led to an appointment with a local urologist. “In just a few months, my PSA level had jumped from two to 10,” he said.

A biopsy confirmed Mel had cancer.

“I told my wife Mary, I’ve got the family disease. I expected it” he said.

Mel scheduled a meeting with a Community Cancer Center physician and remembers being “just astounded at how in depth he explained my condition and what had to be done. He drew diagrams and explained every step of the treatment process.”

In November 2015, Mel began treatment, which included 45 radiation treatments along with anti-testosterone injections every three months.

“My only side effect was fatigue,” he said. “During my treatment schedule, I continued to assist Mary in her accounting practice. We were also able to travel a bit.”

On Feb. 2, 2016, at age 80, Mel completed his treatment and was awarded a Cancer Survivor Medallion which, he said, is perhaps his most precious accomplishment.

“To a person, every individual I dealt with at the Community Cancer Center was nothing less that upbeat and positive in every way. My experience could not have been more wonderful.”

A few months later, Mel and Mary were driving to Bend, Oregon when they encountered a treacherous patch of black ice. The Ford Explorer they were driving flipped and rolled crushing the rood down upon them. Due to the quick response of the Cresent Fire Department both Mel and Mary were rescued. Mary escaped with minor injuries; however Mel was impacted by the roof top crushing several vertebrae in his neck.

Today, Mel is recovering well from the accident, loves tending to his tomato garden and continues to assist Mary in her practice.